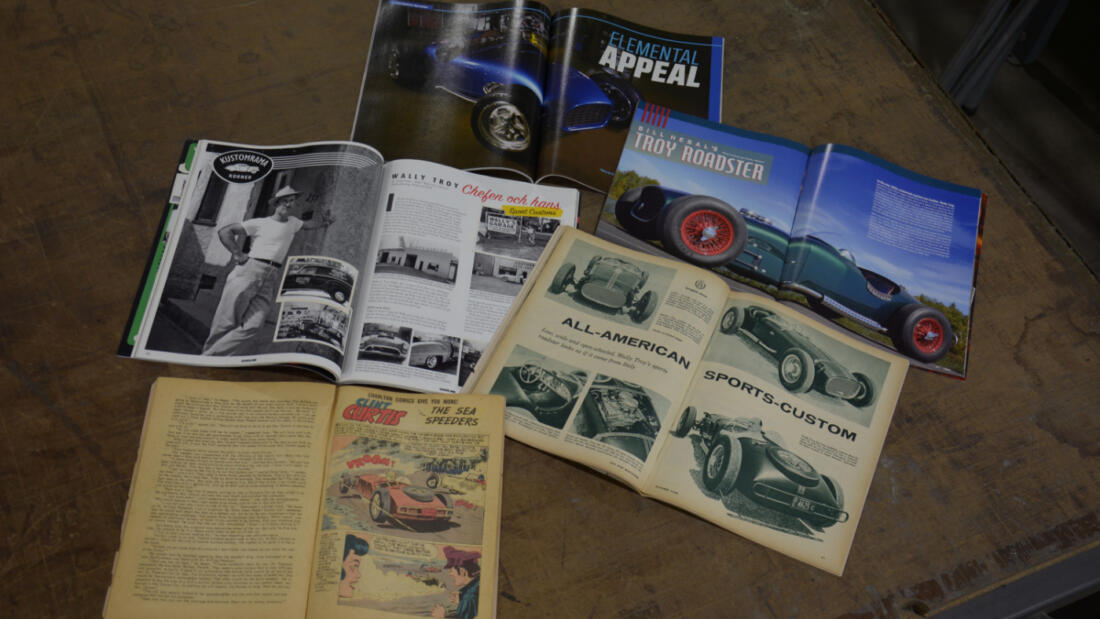 America’s auto scene was still in its infancy in the 1940s, and various grassroots trends and European influences were mixing in the wake of World War II. Many G.I.s were returning from Britain, Germany and Italy having experienced the best sports cars of the day, while others combed our Model A-ridden junkyards with a fresh set of skills and unrivaled mechanical ambition. The following decade would bear witness to the most unprecedented explosion of automotive culture in America, establishing a permanent fascination with speed and style in this country, setting the stage for Wally Troy’s one-of-a-kind Troy Roadster.

Walter J. Troy was born in Bay City, Michigan in 1914, and his family soon moved to Detroit for work, placing him in one of America’s automotive epicenters and undoubtedly shaping his future to some degree. At the age of 14, Wally’s uncle gave him a Ford Model T that had seen better days, and Wally spent the following years repairing and modifying the car with parts from local salvage yards. Soon after, Wally took a train to Chicago to make a name for himself, and took a job at a salvage yard in Springfield, and next a parts house called H. & H. Auto Parts.

With a good base in gearhead principals, Wally entered the military and served as a mechanic before and during the Second World War. By the end of the conflict, Wally had moved up to a mechanic NCO, and supervised 24 men in charge of motorized transport functions. His service with the 167th Field Artillery took him from the Philippines to Japan and the Netherlands East Indies, and he returned home to his wife Janet in 1946. 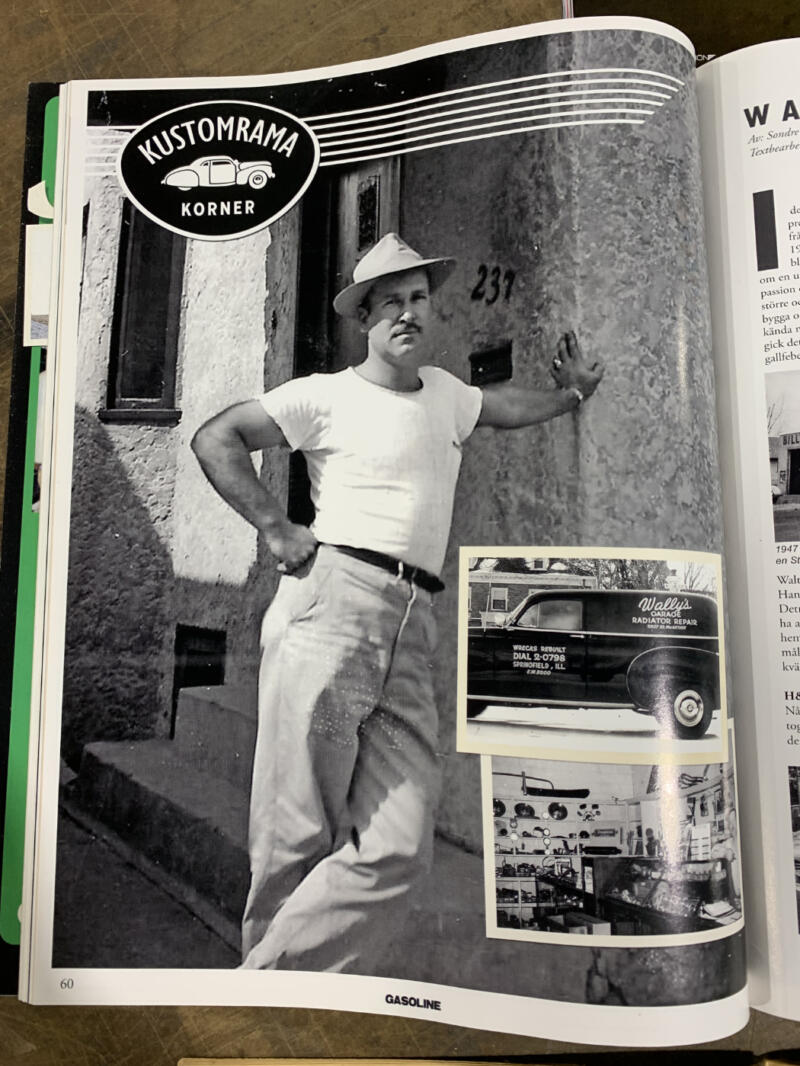 Wally had his fill of mechanic work by the end of the war though, and transitioned into bodywork and customization in the following years, eventually purchasing a Standard Oil station in Springfield and opening Wally’s Garage. His business provided everything from fuel and speed parts, to bodywork and customization, and Wally even became Illinois first official Jaguar dealer sometime in the 1950s.

One of the Best

Wally worked relentlessly through the 1950s to establish his reputation as a top-tier builder, starting with a pair of trend-bending customs that received major accolades. The first was based on a wrecked 1950 Oldsmobile 88 convertible that Wally would dub the Troy Special. In addition to sectioning and notching the entire body for a lowered look, Wally modified the Olds with a Packard windshield, Olds 98 rear fenders, a torpedo back-up light and a custom removable hardtop. He added a Cord two-speed rear axle and a fully custom leather interior with Buick gauges and a machine-turned instrument panel to complete the driving experience. Wally’s finished Troy Special was displayed at the Indianapolis Custom Auto Show, where it won the “Special Award for Outstanding Design,” as well as being highlighted in Hot Rod, Hop Up, Motor Trend and Restyle Your Car magazines in 1952.

Wally’s next major build started after he was invited to the 1954 Speedorama Auto Sports Show in Minneapolis. He started with a 1953 Buick convertible, which he heavily modified and powered with a 1953 Cadillac driveline. The body was a mixture of custom Buick and Cadillac parts. To give the car a lowered look without cutting springs or compromising the suspension, Wally sectioned 9 inches out of the finished body. He then added a custom continental kit with a pneumatic-actuated spare tire, Auburn wire wheels and a custom interior with a machined-turned dash as well.

Wally’s finished Troy Custom was shown at the ’54 Speedorama show, where it was displayed near the latest offerings from Buick, much to the dismay of General Motors. GM eventually requested that Wally’s car be moved after continuous inquiries from fans. The Troy Custom was awarded 1st Prize in the Custom Cars category, allegedly much to the dismay of fellow customizer George Barris, who made quite the scene, but that’s a whole other story.

A Sports Car of His Own 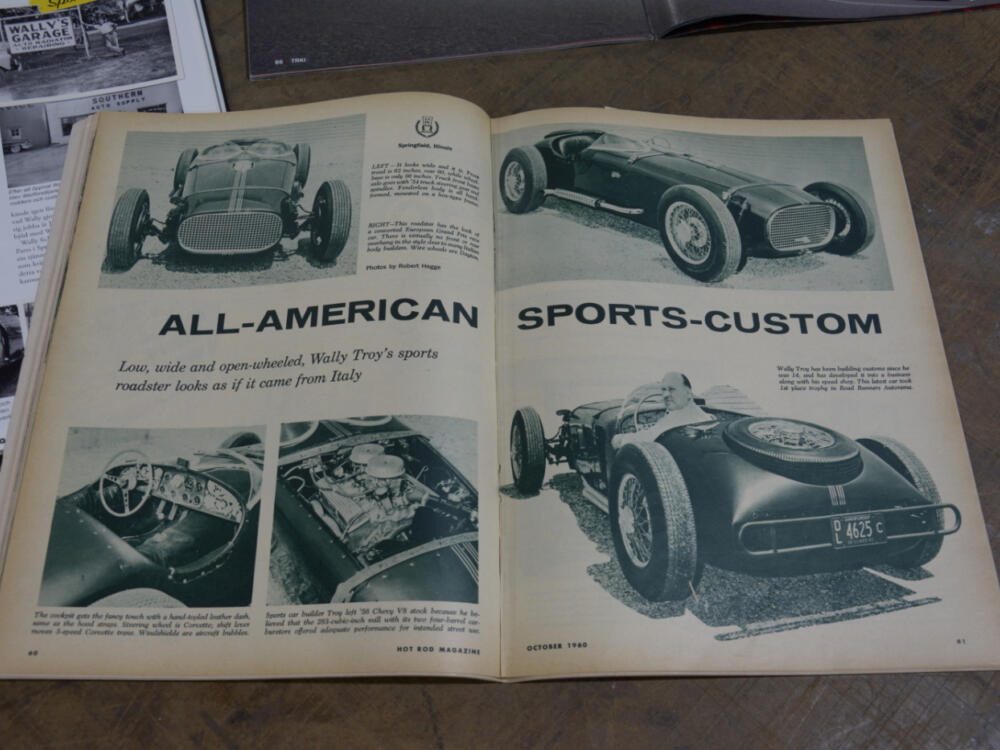 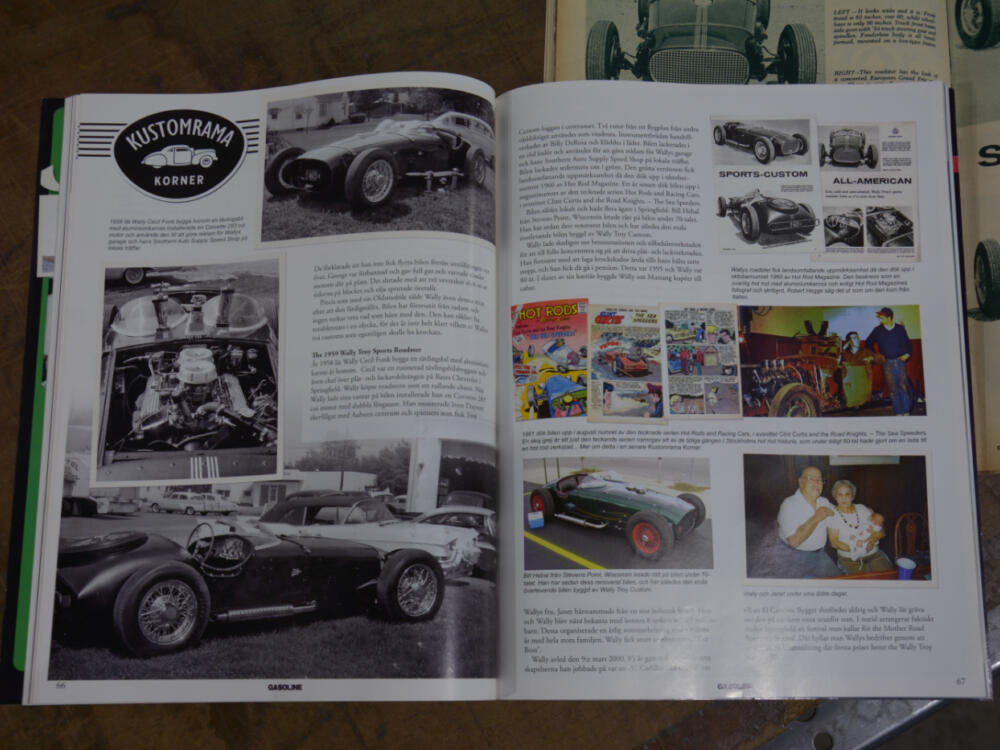 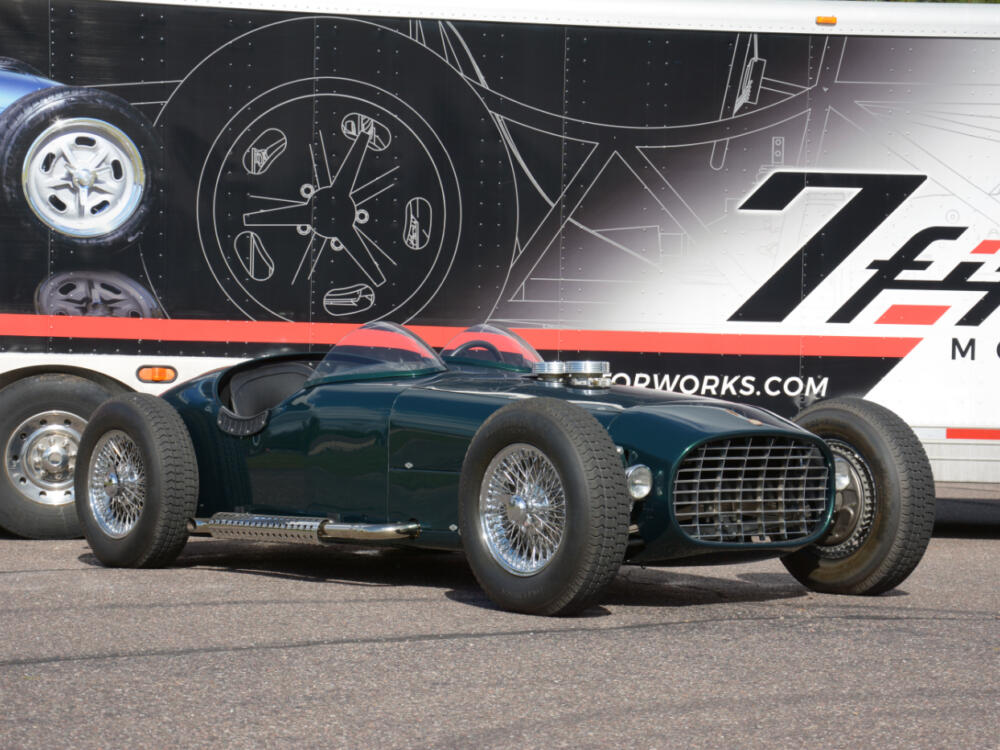 When he wasn’t building award-winning customs, business went on as usual at Wally’s Garage, and Troy expanded business by becoming Illinois’ first Jaguar dealer sometime in the 1950s. England’s Jags must have made quite an impression, possibly inspiring a sports car fascination for Troy. Sometime in this period, Wally’s Garage also tackled a restoration on an early Ferrari race car that he was forced to sell before he could actually drive it. The Ferrari left a hole in Wally’s heart, and a longing for a sports car of his own. Around 1958, Wally started work on the Troy Roadster.

Since this next build would serve as a billboard for Wally’s Garage, Troy decided a high-impact exotic body was needed, and he leaned on fellow Illinois craftsman Cecil Funk for the roadster’s bones. Funk started with a svelte tubular steel chassis, which he loaded with Ford axles and lowered suspension. Funk modeled the bodywork off a car he had built earlier known as the Cecil Funk Special. For the Troy Roadster, Wally specifically requested aluminum bodywork with a full steel belly pan, and other subtle revisions from Funk’s original roadster. The car arrived at Wally’s Garage as a roller, ready for Troy to customize in his eclectic taste. 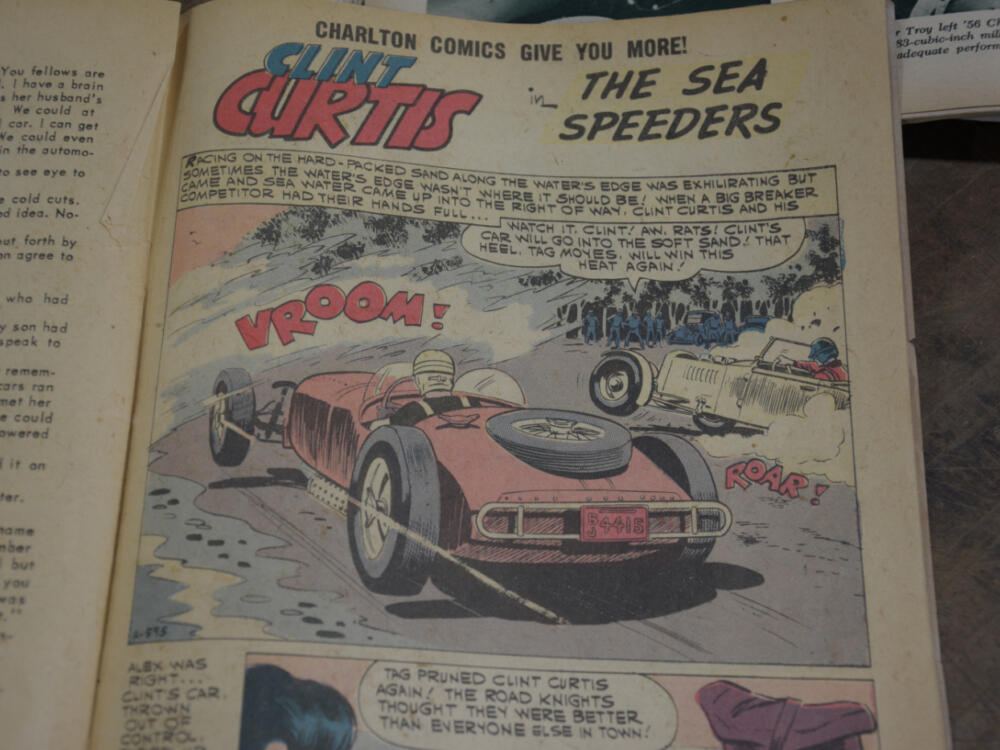 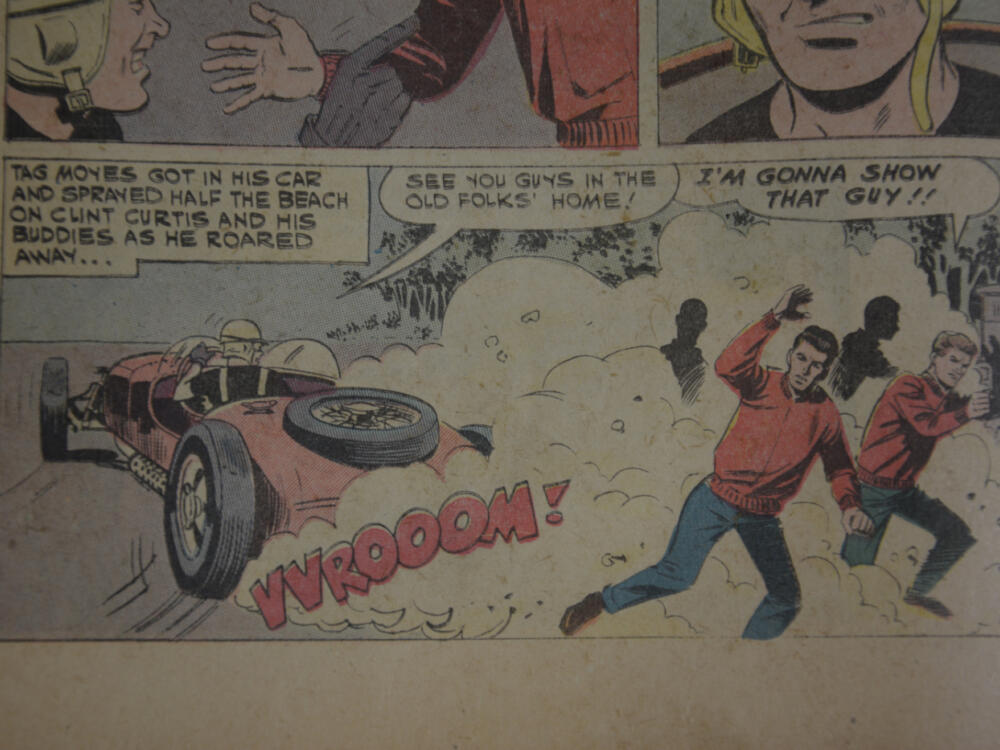 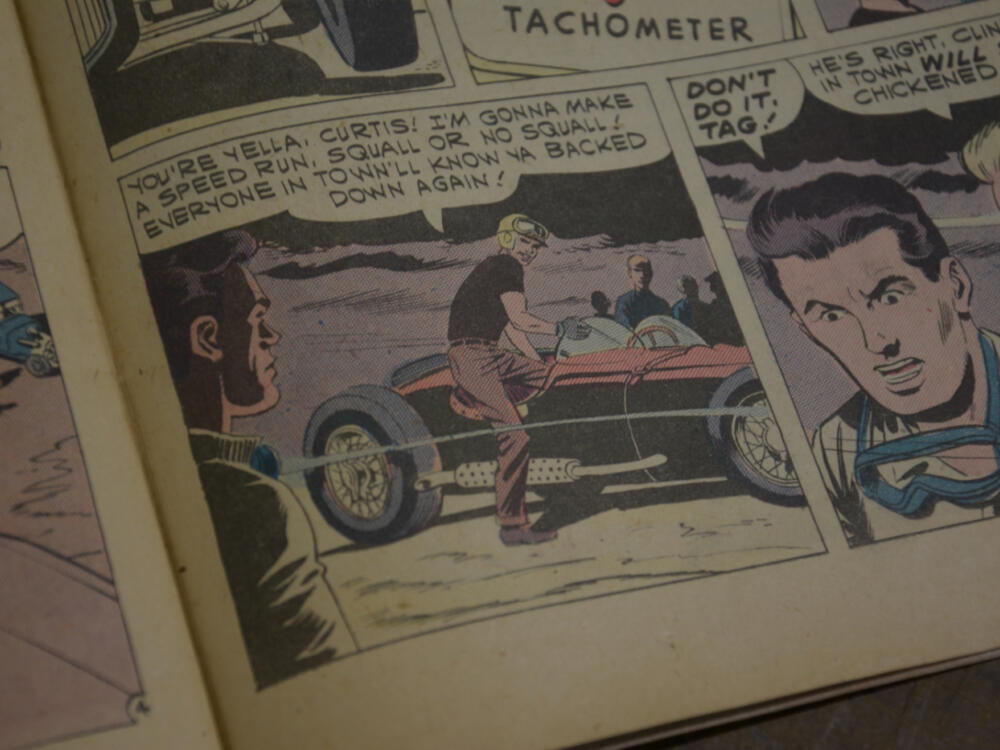 Getting back to his hot rodding roots, Wally powered the car with a ’53 dual-quad 283 ci Chevrolet engine and Corvette three-speed transmission — definitely the best bang for your buck in those days. But when it came to the exterior of the car, Wally let his high-end sports car ambition shine through. Knock off wire wheels from Dayton were used on all-four corners and a pair of leather straps secured the hood. A custom mesh grille was built to fill the car’s wide Indy-style front end, and the car’s full-width, open-wheel stance mimicked the fastest Grand Prix cars of the day. But it wouldn’t be one of Wally’s cars without the right level of period customization, and a pair of aircraft-style bubble windshields proved to be just the thing. Troy’s background in customization also inspired the inset spare in the rear bodywork, along with a unique two-spoke fuel filler and a custom leather interior with a machine-turned dash and a Corvette steering wheel.

Wally finished the Troy Roadster in 1959, and debuted it at the Road Runner’s Autorama where it took home a first-place trophy. Finished in red, Wally used the car to promote his auto parts business, before it was eventually refinished in dark green with six full-length pinstripes. It was in this configuration that the car was featured in the October 1960 edition of Hot Rod Magazine. In 1961, the car was also featured in an auto-themed comic titled Hot Rods and Racing Cars in an episode called “Clint Curtis and the Road Knights ‘The Sea Speeders.’” Donned with twin-bubble windshields, the trunk-mounted spare and four open wire wheels, there’s no doubt that Wally’s car inspired character Tag Moyes’ “sleek California-built custom job.” 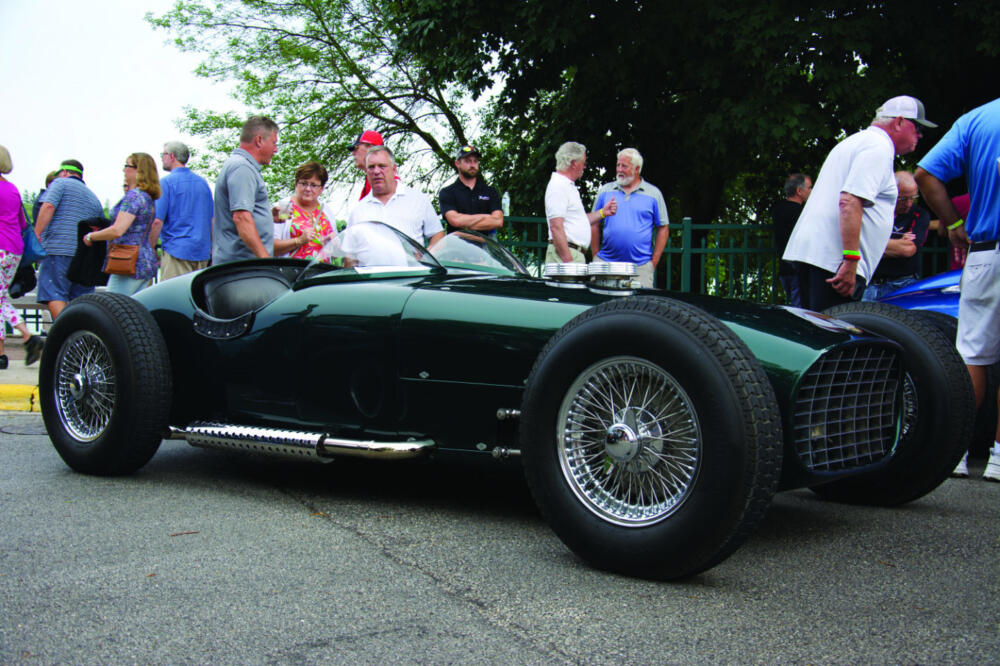 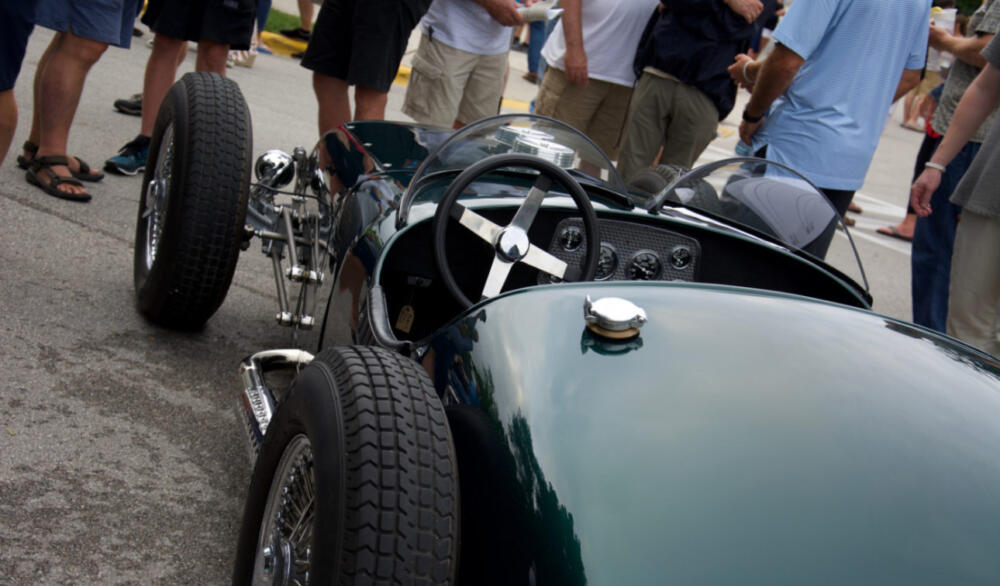 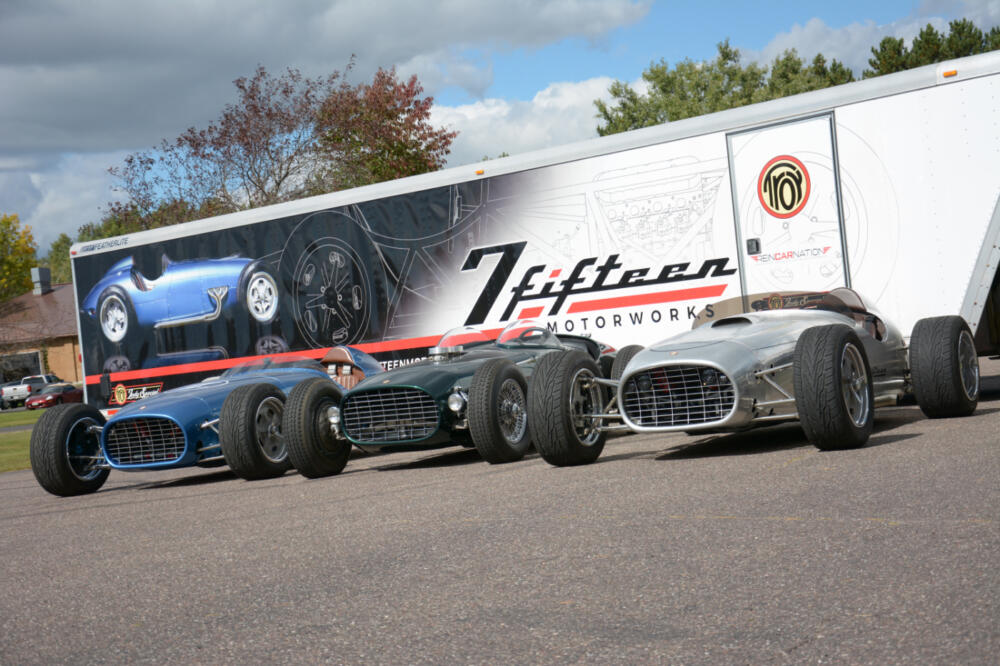 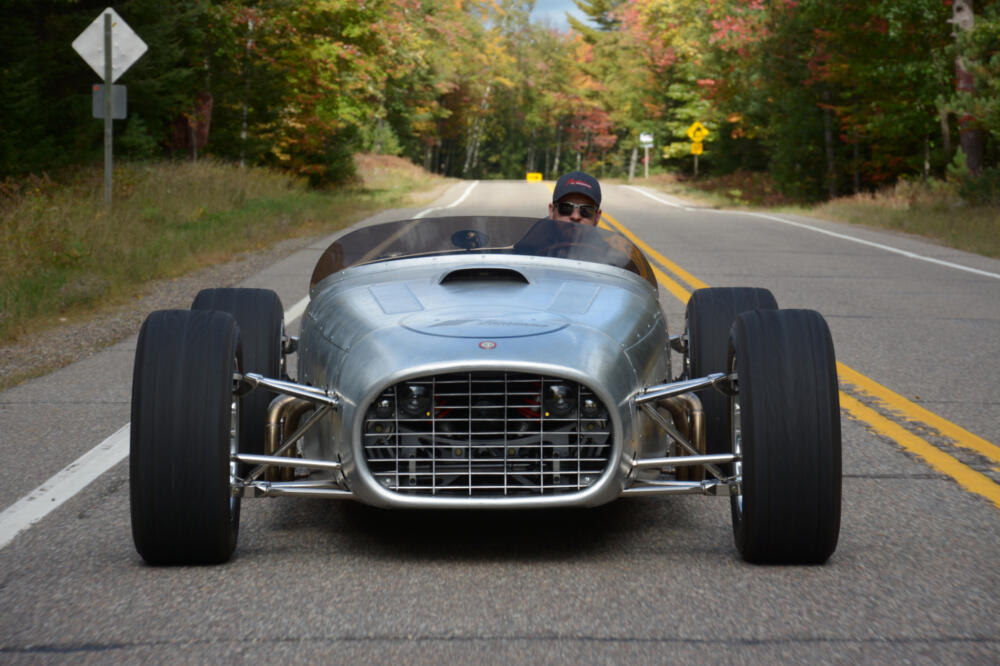 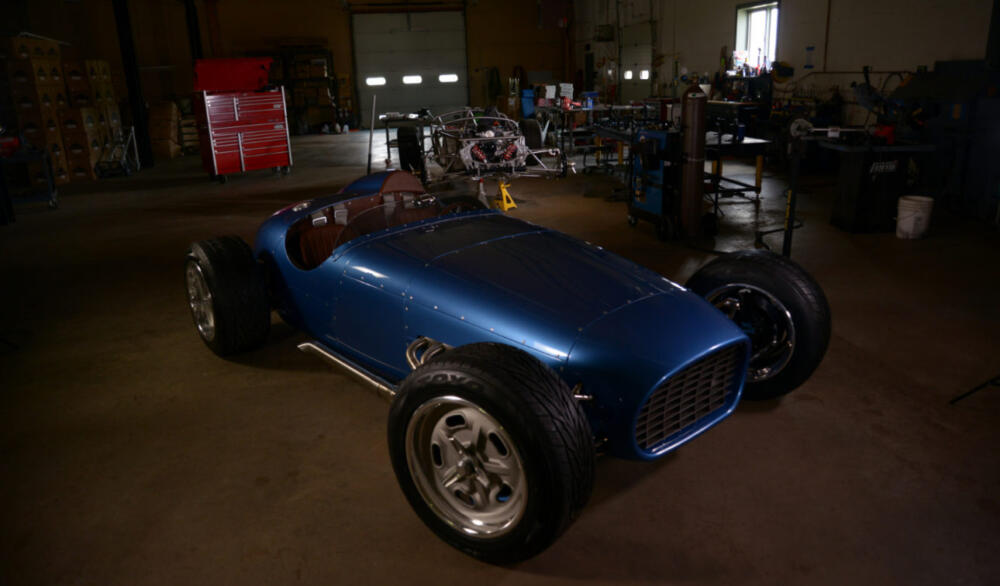 Wally didn’t make a habit of keeping his custom vehicles for too long, and sold the roadster not long after. The car passed through several owners and was a bit worse for wear when a collector named Bill Hebal of Steven’s Point, Wisconsin, purchased it in 1975. After falling in love with the Troy as a young man in the pages of Hot Rod, Bill embarked on a quest to find the Troy when time and money were finally on his side. It took years and more than one attempt to finally acquire the Troy, and Bill stored the car another 20 years before tackling a full restoration. Bill returned the car to its former glory and enjoyed it for several years, displaying it at various events and receiving media coverage online and the pages of Traditional Rod and Culture Magazine in the Summer 2018 issue.

After over 40 years of ownership, Bill eventually decided to pass the Troy along to a new caretaker, and the car traded hands a couple times before landing in the eager hands of another starry-eyed collector — Robert Kendall of Three Lakes, Wisconsin. For Kendall, the impetus for purchasing the Troy was two-fold. On it’s own, the unique roadster was a more-than-fitting addition to his eclectic car collection, but he also envisioned it as the start of something new — 7fifteen Motorworks.

We look forward to hearing from you!